He sailed for New Zealand in the sailing ship Gertrude. She arrived at Auckland on 10 February 1863. Nearly all the passengers were “Forty-Acre Settlers“, to whom land was granted by the NZ government to encourage immigration. On arrival in Auckland, Robert set up in business as a chemist, but when the Thames gold rush started he moved down the coast to Grahamstown, Thames.
In the early days of the Waikato conflict between the British and Maoris in 1863-64, he served as a colour-sergeant in the 3rd Waikato Regiment.
In 1876 he moved to Hamilton where he practised as a chemist and dentist for many years, and served on the borough council. He was a staunch Anglican and member of church choirs.
He ran for Mayor of Hamilton, Waikato in 1881 but was unsuccessful. 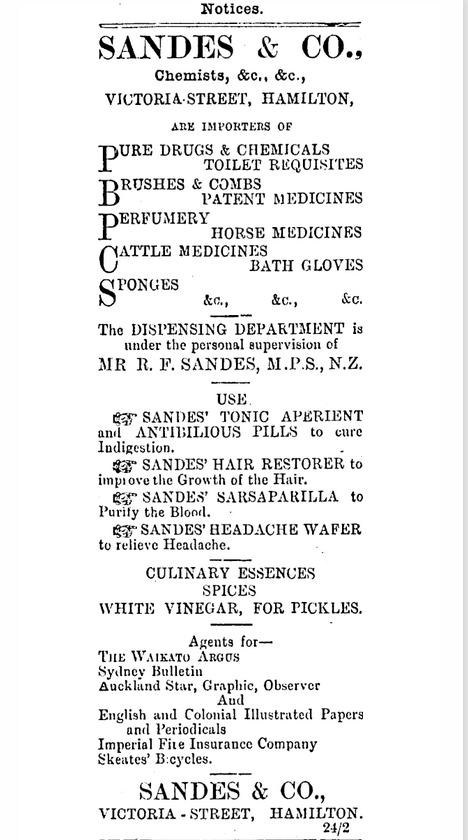 In 1876 Robert Sandes moved to Hamilton where he practised as a chemist and dentist for many years.
Image courtesy Papers Past